Here are two basic ‘snap shots’ taken by the Butler Family (by Arthur’s granddaughter actually), of the headdress insignia used by a member of the Australian Defence Force Tri-Service Band, immediately after 2015 ANZAC Day Dawn Service, at Brisbane’s ANZAC Square.

The first image shows the Tri-Service Band insignia, recorded at CB371  (Type 1).  The second shot shows a modern issue version of the British Army’s Cameron Highlanders’ hat badge.  Earlier production items of similarly ‘adopted’ British insignia, have been used by other Australian Army Bands in the past.  One such directly relevant Cameronian item, is the bonnet badge worn by the 16th Battalion, The Cameron Highlanders of Western Australia (during the 1960’s and 70’s). See the comparison image of that bonnet badge at serial CB 265 of Volume 2 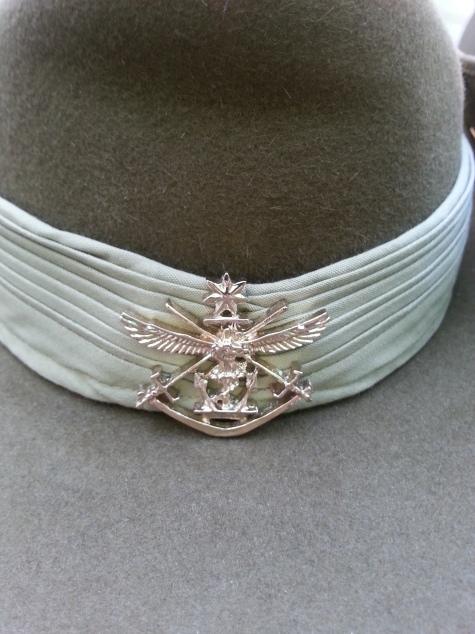 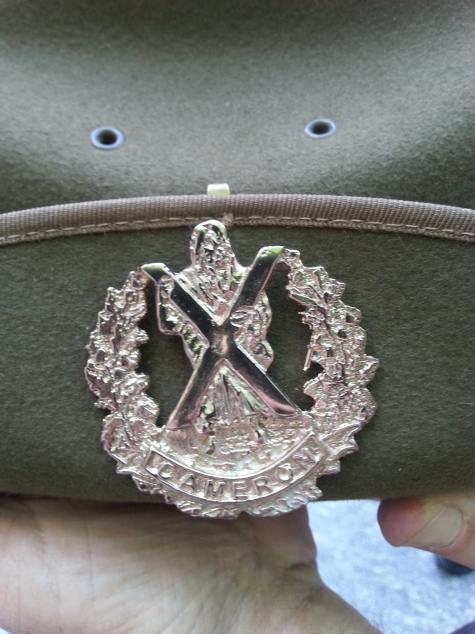 We trust this brief background update on two reasonably obscure Australian Army insignia items, will be of interest to those who subscribe to this blog.